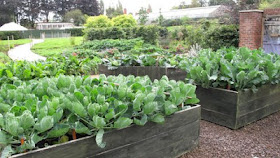 After Gardeners World relocated to Montys personal Garden in 2010 many of us wondered what would happen to the former playing fields turned garden in Birmingham, so with new land drainage applied it has a new life.

The garden, which is owned by the nearby King Edwards School, has been taken over by staff at the adjoining Winterbourne House and Botanic Garden, who have turned it into a hub for "urban vegetable growing."

"We want the centre to breakdown the misconception that you need an acre, a garden or an allotment to grow your own vegetables. There's an awful lot that you can do with just a balcony, like growing tomato plants and even if you've got a small yard you can get some planters and grow a great crop." revealed Anna Williams from Winterbourne.

Ms Williams continued : "Traditionally, people that come to visit botanic gardens are not necessarily representative of the communities which we live in.

"Birmingham is a very multi-cultural city and we felt that it would be great to break down those boundaries and get people into the garden who may have thought in the past it wasn't for them."

Its fantastic that a the site is being used by members of the local community and being turned very much into a community asset.
No comments:
Share 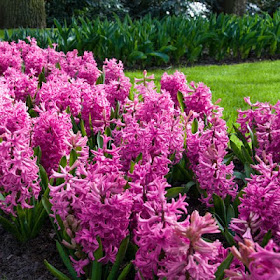 As we wave goodbye to summer for another year, many keen gardeners will no doubt be thinking ahead to what spring has in store.

Although decent weather might be at a premium over the next few months, there's no reason why you can't get your spring flowering bulbs into the ground.

Bulbs are generally some of the easiest things to grow - providing they are planted well, they can pretty much be left to their own devices.

When should I plant spring flowering bulbs?

If you want a colourful garden in the spring, then you need to think about planting your bulbs between October and December. Frosty conditions can make life difficult for bulbs, so try to get them in the ground before temperatures plummet.

What conditions should I be planting the bulbs in?

The easiest way to know where to plant bulbs is to look at the guidance on the back of the packaging. Some will thrive in certain types of soil more than others - it might be a good idea to look at what conditions you have in your own garden before making a purchase. 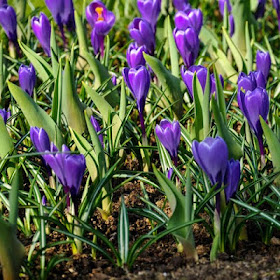 For example, crocus bulbs particularly enjoy moist and light soil and are perfect for planting at the base of trees or in shaded areas. Tulips, on the other hand, appreciate sandy soil with good drainage.

What is the best way to plant bulbs?

Experts often recommend that spring flowering bulbs are planted at around two to three times their own depth, and approximately two bulb widths apart. This will give them ample space to grow without affecting other plants in the area. 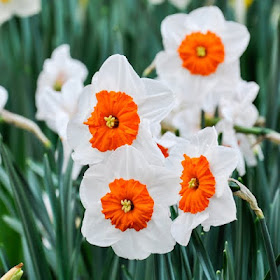 You will also need to make sure the bulb is facing upwards when it is placed in the soil - if you're not sure which way this is, then put it on its side just to be sure.

If you are short on space, there is no reason why you can't plant spring bulbs in pots. If you have an especially large container, then you can place bulbs at different depths for a really impressive and colourful springtime display.

When can I expect to see flowers?

Depending on the variety, you should start to see your bulbs flower during the spring and summer months. 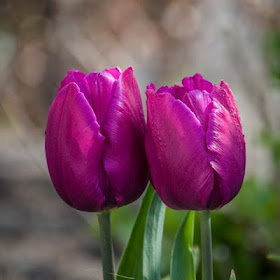 Crocus, daffodils and hyacinths are usually among the first to emerge, followed several weeks later by lilies and alliums.

Author Bio: YouGarden is an online gardening centre specialising in easy to grow fruit, veg and flowers. Their range also includes one of the largest ranges of spring flowering bulbs in the UK.
3 comments:
Share 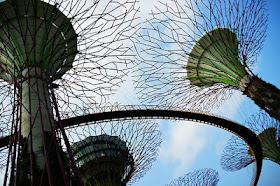 The Singapore Supertrees are tree-like structures that dominate the local landscape with varying heights that are from 25 metres (82 ft) and 50 metres (160 ft) tall. They are vertical gardens that perform a multitude of functions, which include planting, shading and working as environmental engines for the gardens.

The man-made mechanical forest consists of 18 supertrees that act as vertical gardens, generating solar power, acting as air venting ducts for nearby conservatories, and collecting rainwater. To generate electricity, 11 of the supertrees are fitted with solar photovoltaic systems that convert sunlight into energy, which provides lighting and aids water technology within the conservatories below. The Supertrees also serve air intake and exhaust functions as part of the conservatories' cooling systems. 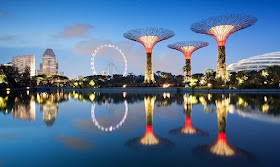 There is an elevated walkway, the OCBC Skyway, between two of the larger Supertrees for visitors to enjoy a breathtaking aerial view of the Gardens. A food and beverage outlet is planned atop the 50-metre (160 ft) Supertree. At night, the Supertrees come alive with a light and music show called the OCBC Garden Rhapsody.
1 comment:
Share 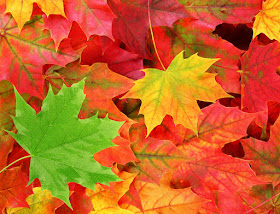 September is the ideal time for planting spring bulbs, see our post from last week, Daffodils are best planted by mid September (i.e. about now) as well as fritillaries, crocuses and grape hyacinths, tulips can be left until November.

If you haven't already done so then now is a good time to start your compost going by buying a compost bin or building a partially enclosed and easily accessible area for a heap. It is essential to replace the goodness in soil that your garden has used up during the year and autumn produces quantities of garden waste that will add invaluable organic richness back into your soil next spring.

Keep picking runner beans, French beans, courgettes and cucumbers regularly to prolong the harvest period up to the first frosts

Earth up trench grown celery for the final time, leaving just the foliage poking out of the trench. Harvest the last of the self-blanching celery before the frosts begin. Earth up celeriac ‘bulbs’, to protect against early frosts, and leeks to increase the length of blanched stem if you like a longer white part to your leeks.. Use dry, crumbly soil when earthing up.

If your soil is heavy clay, start digging it over now whilst it is still relatively dry. Add plenty of organic matter to improve the quality and pea shingle to improve the drainage. It can be left in a pretty rough state over the winter when the cold will break the lumps down, making spring planting infinitely easier!

September and Autumn is a great time to plant trees, shrubs, bulbs, perennials, grass seed and lay new grass. Plants that are planted in the fall enjoy cooler temperatures and ideal growing conditions that allow roots ample time to grow into the surrounding soil. Use starter plant fertilizer mix when planting. 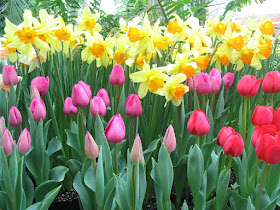 September is an ideal month to be planting bulbs for next spring. When buying bulbs, look for the largest size within the type under consideration. Sizes vary quite a lot among varieties. Crocus for example which are officially classified as a corm, are small compared to the narcissus and many tulip bulbs.

Some early flowering and species tulips are smaller than the hybrid cottage and Darwin types.Most imported Dutch bulbs are sized by centimeters. Bulbs can be purchased from bulb catalogs, open bins and convenience pre-packs. Check the bulb's quality before purchasing and discard any with signs of rot or fungus. This is easier to do when purchasing bulbs from an open bin rather than in packages.

Check carefully the bulbs you select for bruising and mechanical damage and signs of mold or mildew. Don't consider bulbs that have already started into growth as they may not develop correctly for flowering in the Spring. Follow the guidance for each bulb as to the planting depth required.

Get the bulbs in early, preferably by the middle of September (tulips however can be planted up to November). But beware that bulbs may flower poorly if they are planted late or after lengthy storage in poor conditions. As most bulbs originally come from areas with dry summer climates they will prefer a warm, sunny, well-drained site. Improve light or sandy soils with garden compost and heavy soils with compost plus grit.
No comments:
Share
‹
›
Home
View web version