Many believe that the cooling weather means it's time to pause gardening efforts for the year. However, if you're hoping to have healthy plants growing when next year rolls around, you'll want to do a bit of planting in the coming weeks, sowing seeds that can survive and grow through the winter to sprout and bloom in the spring! 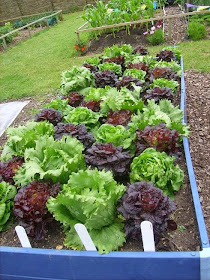 Specifically, there are a number of delicious vegetables that you can plant during the autumn and early winter so as to harvest in spring. If this is something that interests you, and you like the idea of plotting a vegetable garden before the real cold weather sets in, here are a few tips for cool weather gardening, as well as a few great vegetables to plant.


Vegetables To Plant This Season


Whatever you opt for I hope they do well for you.

Using Plants for a Healthier Life

With many of us working from home or in offices, clean air is important. Air purification systems can be very expensive and an alternative and attractive solution is through the use of house plants. Not only do they look good, they also do good for your home. 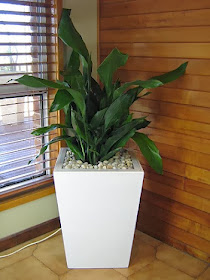 Much of the research into the best house plants for cleaning air has been undertaken by the scientists at NASA, who have spend significant time and resources researching space station living conditions. Clearly if astronauts are to spend a lot of time at a space station then all aspects of their health and well being needs to be planned, investigated and researched. Put simply every indoors plant that you may have. regardless of whether if flowers is able to purify the air in your home to some degree through the normal photosynthesis process. However NASA identified that a number process the air in a much more efficient manner, an thus are more beneficial than others when it comes to removing harmful household toxins as well as removing carbon dioxide and releasing oxygen. The best performing were able to remove 90% of the chemicals in the air in just a single day.

The plants listed by Nasa include a number of common household plants, such as Rhapis excelsa, Dracaena reflexa, Ficus benjamina and Ficus elastica.

In your home the three household toxins of greatest worry are benzene, formaldehyde and trichloroethane. All three are carcinogenic chemicals that are used in the manufacture of synthetic substances and materials. The chemicals themselves are released from new materials for some time, this process can last several years in some cases, so there is an ever present release of chemicals into the air in your home.

Benzene can also be emitted from gas ovens or heaters during normal everyday use, which gives you a good reason to properly ventilate such rooms and have house plants in them. Many people are aware of the risks of carbon monoxide as well, and plants can reduce the levels of this, however do not use plants in place of a proper maintenance routine or a carbon monoxide detector.

NASA researchers suggest efficient air cleaning is accomplished with at least one plant per 100 square feet of home or office space. Most of the plants on the list provided by NASA are native to tropical and subtropical environments. With their ability to flourish on reduced sunlight, their leaf composition allows them to photosynthesise well in household light. As part of the testing each plant type was placed in sealed, Plexiglas chambers in which chemicals were injected. Philodendron, spider plant and the golden pothos were labeled the most effective in removing formaldehyde molecules. Flowering plants such as gerbera daisy and chrysanthemums were rated superior in removing benzene from the chamber atmosphere. Other good performers are Dracaena Massangeana, Spathiphyllum, and Golden Pothos. “Plants take substances out of the air through the tiny openings in their leaves,” Wolverton said. “But research in our laboratories has determined that plant leaves, roots and soil bacteria are all important in removing trace levels of toxic vapors”. 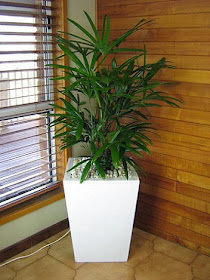 So if you don't have many house plants in your home or office, what are you waiting for!