The garden is the perfect place for all the family to spend time together. Now that summer is here, you need to make the most of your outside space. It’s also a great place for the kids to play outside without you having to worry about them being out and about on their own. It’s more important than ever that you keep the kids active but when they’re young, you need to consider their safety as well. Check out these tips on making your garden safe for toddlers so you don’t need to worry about them while they’re out there. 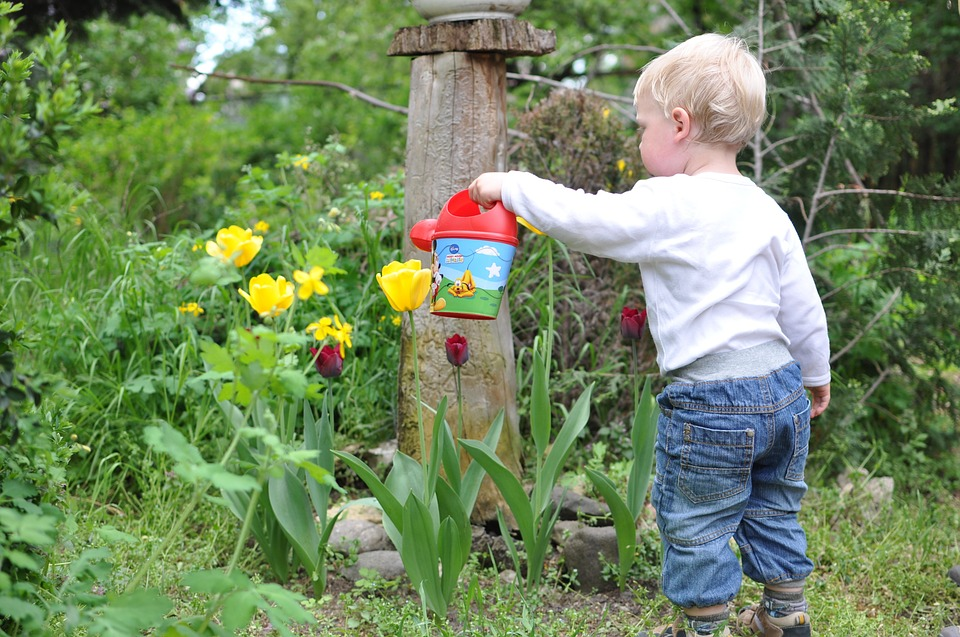 
Young kids are prone to wandering off and exploring the world which is why you need to make sure that they can’t get out of the garden while you aren’t watching. Garden fence installation is the first thing to consider; make sure you’re getting a good quality fence and you make it high enough that they can’t climb out of the garden easily. Make sure you’ve got a good lock on the gate as well and remember to lock the shed or garage if you’ve got any dangerous tools etc. in there that they might injure themselves with.


Even though you’re creating a nice garden area for the kids, don’t forget about yourself. You’ll want to make a nice area for the adults so you’ll need to divide up the garden. You’ve got to think about this properly because you still need to be able to supervise the kids. Always put the kids play area somewhere close to the house so you can get on with things around the house while also keeping an eye on them. Putting a shaded area in is important as well because the kids won’t realise when they’ve been out in the sun for too long. You can use smaller fences and hedges to section off the kids area of the garden to stop them wandering around too much.


Be Careful With Plants


When it comes to planting the garden, you can get the kids to help. If they’re going to be helping you around the garden you need to be incredibly careful about what you’re planting. Toddlers like to explore the world by putting things in their mouth a lot of the time so make sure that you aren’t planting anything that can make them sick. Things like Ivy, Poinsettia, certain types of Lilies, Aloe Vera to name a few, can be incredibly dangerous if ingested. If you are going to use any of those plants in the garden, keep them away from the kids area and always teach them to be careful in the garden.


Use Plenty Of Grass


Slips and falls are inevitable when the kids are playing out in the garden so concrete is never a great idea. Soft grass is a lot better because they won’t hurt themselves too much. Normal grasses are likely to get ripped up pretty quickly when you’ve got kids running about so you’re better off going for something a bit hardier. Kikuyu grass is one of the toughest grasses out there which will stand up to a bit of punishment.


Be Careful With Water Features


A water feature is a great addition to your garden but you might need to wait until the kids are a bit older before you put one in. If you’ve got a fenced off portion for the adults that’s fine but don’t put a water feature where the kids can get at it. Even if it’s only a tiny water feature, there is still a chance that the kids could drown in it if they’re incredibly young. It’s not very likely but it has been known to happen in the past and it’s not worth the risk. If you’re dead set on a feature, just put one in and don’t run the water through it. It’s still a great piece of decoration in the garden but without the risks. If there’s an outdoor tap in the garden, put a lock on it so the kids can’t play with it.


Garden furniture is a must if you’re going to create a nice relaxation area for the adults but you need to think about how the kids might interact with it. They’re likely to pull at it and push it around. If it’s not secured to the ground, it can fall over and hurt them. Either secure it or keep it locked away in the shed or garage and just take it out when you need it.

Follow these rules and you can create a fun garden space for the kids that is safe so you don’t have to worry about them.
Share

Due to an increased level of spam, comments are being moderated. We have had to turn off anonymous users, sorry for any inconvenience caused.